In this talk, I am going to summarize our recent progresses towards design of effcient oxygen electrocatalysts for various electrochemical energy conversion and storage applications. The design strategy includes: 1. How to experimentally determine binding strength of reactive intermediates. 2. How to tune binding strength of reactive intermediates by surface engineering. 3. How to break the scaling relationship. 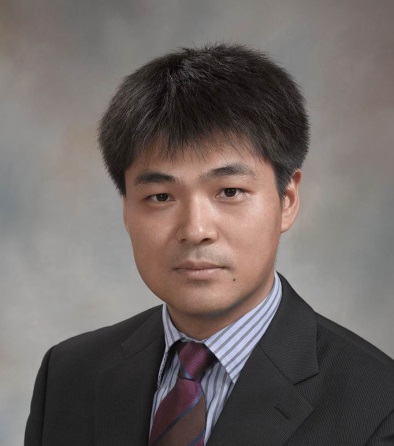 Bin Liu received his B.Eng. (1st Class Honors) and M.Eng. degrees in Chemical Engineering from the National University of Singapore, and obtained his Ph.D. degree in Chemical Engineering from University of Minnesota in 2011. Thereafter, he moved to University of California, Berkeley and worked as a postdoctoral researcher in Department of Chemistry during 2011 – 2012 before joining School of Chemical and Biomedical Engineering at Nanyang Technological University as an Assistant Professor in 2012. He is now an Associate Professor at NTU. His main research interests are electrocatalysis, photovoltaics and photoelectrochemistry. More information can be found at http://www.ntu.edu.sg/home/liubin/home.html.

报告题目：Structure of polyelectrolyte brushes in the presence of multivalent ions

Understanding the response of polyelectrolytes to their environment has challenged materials scientists for decades. Polyelectrolyte brushes are of particular interest, as they can regulate transport of ions and molecules, control wettability and adhesion of surfaces, or convert chemical and biochemical stimuli into optical, electrical, and mechanical signals. We combined atomic force microscopy (AFM), surface forces apparatus (SFA) measurements, and coarse-grained molecular dynamics (MD) simulations to study the structure of planar biomimetic polyelectrolyte brushes (poly(styrenesulfonate), PSS) in a variety of solvent conditions, especially in the presence of multivalent counterions. AFM images provide a direct visualization of lateral inhomogeneities on the surface of polyelectrolyte brushes collapsed in solutions containing trivalent counterions. These images are interpreted in the context of a coarse-grained molecular model, and are corroborated by accompanying interaction-force measurements with the SFA. The inhomogeneous structures of the polyelectrolyte brushes in the presence of multivalent ions can dramatically alter their functionalities in various biomedical applications, such as lubrication, sensors, and DNA-based microarrays. Adding multivalent counterions dramatically increase the friction force between two PSS brushes.

Jing Yu received his Bachelor degree in Chemical Engineering from the Tsinghua University, and obtained his Ph.D. degree in Chemical Engineering fromUniv. of California, Santa Barbara in 2013. Thereafter, he moved to University of Chicago, California and worked as a postdoctoral researcher in Department of Chemistry during 2013 – 2017 before joining School of Materials Science and Engineering at Nanyang Technological University as an Assistant Professor in 2017. His main research interests are Nanomechanics & flexible electronics, Bioinspired materials and biomimetics and Polyelectrolytes and polyelectrolyte brushes.

Nanosheet based materials are widely investigated for lithium/sodium storage in new energy field. Under the background of refined regulation of nanomaterials, we controllably designed the morphologies and structures of nanosheets by “Chemical Scissors” effect, including decreasing the thickness, reducing the size, expanding the interlayer spacing, progressively exposing active facets of nanosheets, as well as adjusting the interiors and shells of hollow spheres. The optimized anode materials are able to display enhanced pseudocapacitive responses, favourable cycling and rate performances as well as improved packing density (hollow spheres).

Professor Ting Yu hosted several international/national major projects and won multiple awards, including the National Research Foundation (NRF) Fellowship (2010), the Outstanding Young Scientist for the 3rd Inter Academy Panel/World Economic (Summer Davos) Forum (IAP/WEF, Representative of Singapore, 2010), Omicron Nanotechnology Medal by the Institute of Physics, Singapore (IPS). So far, his group published more than 200 scientific papers in the international journals, which were cited over 20000 times. The H-index is 79. He was also selected as Highly Cited Researcher (2017, 2018) by Clarivate Analytics.

报告题目：Landscape of TMDs: from synthesis to electrochemical electronics

Two-dimension (2D) transition-metal dichalcogenides (TMDs) have recently provided a rich source of research opportunity, revealing interesting physical phenomena including quantum-spin Hall effect (QSH), valley polarization, 2D superconductivity, and potential applications for functional devices. Here, we demonstrate that molten salt-assisted chemical vapor deposition can be broadly applied for the synthesis of a wide variety of 2D TMDs.  We demonstrate the synthesis of 47 compounds, including 32 binary, 13 alloys, and 2 heterostructured compounds. We elaborate the general growing mechanism of this method, demonstrating that the salt decreases the melting point of reactants and facilitates the formation of intermediate products.

Dr. Zheng LIU is currently an associate professor in Nanyang Technological University, Singapore. He works on following topics: 1) Synthesis of high-quality and large-size novel 2D monolayers, especially, transition metal dichalcogenides (TMDs); 2) Engineering of 2D materials such as lateral/vertical 2D heterostructure and alloy; 3) Physical properties of 2D monolayers such as 2D superconductivity, 2D ferroelectricity, 2D ferromagnetism and 2D Wyle semi-metals; 3) Applications of 2D materials such as novel semiconducting electronics. He has published > 190 papers including 28 papers in Nature and Science serial journals; 26 in Adv Mater; 24 in Nano Lett; 16 in ACS Nano, 4 in JACS, with total citations > 20,000 and H-index of 66 (GoS, as to 1 June 2019). He was the finalist of the World Technology Award in Energy category in 2012. In 2013, he was awarded the prestigious Singapore NRF Fellowship and the elite Nanyang Assistant Professorship. He was awarded ICON-2DMAT Young Scientist Award and the prestigious Singapore Young Scientist Award in 2018. He was highly cited researcher in 2018 in the category of Materials Science. He was named Materials Research Society of Singapore Chair in 2019.

Compared to the traditional-architecture perovskite photovoltaics (n-i-p type), which use metal oxide as electron transport layers(ETLs) and organic semiconducting materials as hole transport layers, the fabrication of metal-oxide-free, solution-processed inverted perovskite solar cells (PSCs, Figure 1) is more desired because of low-temperatures and all-solution-based applications in future commercial PSC modules. In a typical configuration of inverted PSCs, the widely used ETL compound is the fullerene-based phenyl-C61-butyric acid methyl ester (PCBM), which currently is the best organic ETL material. The cost of this compound is very high, and the morphology and electrical properties are very sensitive to experimental conditions. In this talk, I will talk the recent progress of new organic ETL materials in my group for the replacement of PCBM in inverted PSCs. We believe that easily-accessible simple n-type small molecules are promising ETL candidates to further propel inverted PSCs to practical applications.

Dr. Qichun Zhang obtained his B.S. at Nanjing University in China in 1992, MS in physical organic chemistry (organic solid lab) at Institute of Chemistry, Chinese Academy of Sciences (Prof. Peiji Wu/Daoben Zhu’s group, ICCAS, Beijing) in 1998, MS in organic chemistry (Prof. Fred Wudl’s group) at University of California, Los Angeles (USA), and completed his Ph.D. in inorganic chemistry at University of California Riverside (Prof. Pingyun Feng’s group, USA) in 2007. Then, he joined Prof. Kanatzidis’ group at Northwestern University as a Postdoctoral Fellow (Oct. 2007 –Dec. 2008). Since Jan. 2009, he joined School of Materials Science and Engineering at Nanyang Technological University (NTU, Singapore) as an Assistant Professor. On Mar 1st, 2014, he has promoted to Associate Professor with tenure and on Dec 1st, 2014, he became an adjunct Associate Professor at Division of Chemistry and Biological Chemistry, School of Physical and Mathematical Sciences, Nanyang Technological University. Besides these, he also has three-year working experience in research institute of Nanjing Chemical Industry Co. (Aug. 1992 – Aug. 1995) and two-year’s research experience in ICCAS (Aug. 1998 – Jun 2000). He received TCT fellowship in 2013 and lectureship from National Taiwan University in 2014. Currently, he is an associate editor of J. Solid State Chemistry, the Advisory board member of Journal of Materials Chemistry C, the International Advisory Board member of Chemistry – An Asian Journal, the Advisory board member of Materials Chemistry Frontiers, and the Advisory board member of Inorganic Chemistry Frontiers. Also, he is Guest Editor of Inorganic Chemistry Frontiers (2016-2017), Guest Editor of Journal of Materials Chemistry C (2017-2018), and Guest Editor of Inorganic Chemistry Frontiers (2017-2018). In 2018 and 2019, he has been recognized as one of highly-cited researchers (top 1%) in cross-field in Clarivate Analytics.  Currently, he is a fellow of the Royal Society of Chemistry. He has published > 330 papers and 4 patents (H-index: 69, Total citation >16000).

Exploring efficient and low cost oxygen electrocatalysts for ORR and OER is critical for developing renewable energy technologies like fuel cells, metal-air batteries, and water electrolyzers. This presentation will presents a systematic study on oxygen electrocatalysis (ORR and OER) of transition metal spinel oxides. Starting with a model system of Mn-Co spinel, the presentation will introduce the correlation of oxygen catalytic activities of these oxides and their intrinsic chemical properties. The catalytic activity was measured by rotating disk technique and the intrinsic chemical properties were probed by synchrotron X-ray absorption techniques. It was found that molecular orbital theory is able to well-explain their activities. The attention was further extended from cubic Mn-Co spinels to tetragonal Mn-Co spinels and it was found that the molecular theory is again dominant in determining the catalytic activies. This mechanistic principle is further applied to explain the ORR/OER activities of other spinels containing other transition metals (Fe, Ni, Zn, Li, and etc.). The talk further gives insight on surface reconstruction on spinel oxides and how the bulk properties affect such reconstruction during OER. 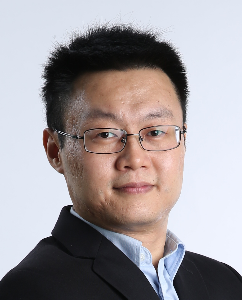 Zhichuan Xu is an associate professor in the School of Materials Science and Engineering, Nanyang Technological University. He received his PhD degree in Electroanalytical Chemistry at 2008 and B.S. degree in Chemistry at 2002 from Lanzhou University, China. His PhD training was received in Lanzhou University (2002-2004), Institute of Physics, CAS (2004-2005), and Brown University (2005-2007). Since 2007, he worked in State University of New York at Binghamton as a Research Associate and from 2009 he worked in Massachusetts Institute of Technology as a Postdoctoral Researcher. He was shortlisted as the finalist of 2012 NRF Fellowship. He is top 10% highly cited authors in RSC chemistry journals in 2014. Dr. Xu has received several awards such as Chun-Tsung Endowment Outstanding Contribution Award - Excellent Scholar at 2018 and the Zhaowu Tian Prize for Energy Electrochemistry by International Society of Electrochemistry (ISE) at 2019. Dr. Xu is a member of the International Society of Electrochemistry (ISE), The Electrochemistry Society (ECS), and the American Association for the Advancement of Science (AAAS). He was awarded Fellow of Royal Society of Chemistry (FRSC) on Nov. 2017. He served as guest editors for Electrochimica Acta and Chemistry -- A European Journal, and an associate editor for Nano-Micro Letters. He is also the development editor for Current Opinion in Electrochemistry and the president of ECS Singapore Section. Dr. Xu is a Highly Cited Researcher by Clarivate Analytics, Web of Science (2018 and 2019).